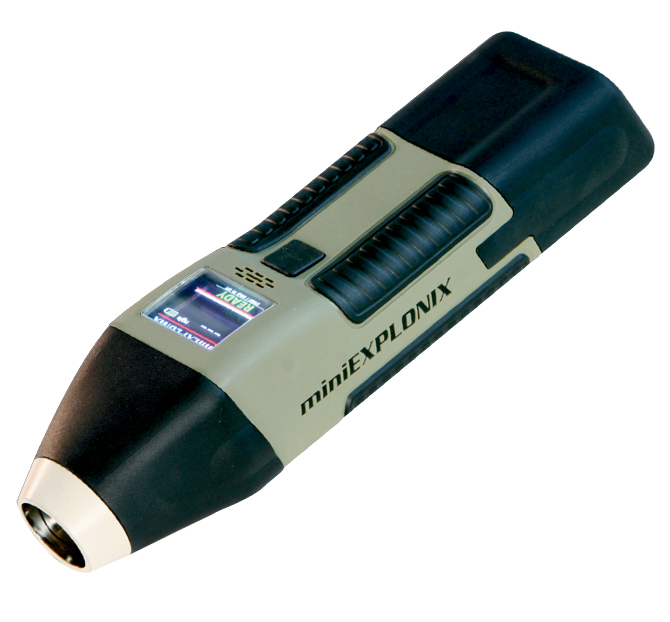 Mini Explonix is a handheld sniffer capable of quickly and effectively detecting any trace of explosives.
Instant in the detection of suspicious materials, it is piloted through the use of a single button, and through the color display on the back, it is possible to quickly examine the graphic and numerical response values.
Mini Explonix is able to detect all existing explosives, including artisanal and non-volatile ones, in a maximum time of 1 second. Remarkably resistant to "interference" produced by chemical and organic compounds, it has a high level of prevention of false alarms.
Mini Explonix does not produce contaminations during its use, it is made up of toxic (except batteries), radioactive, dangerous components.

Our operators answer any questions.